I’ve always loved coffee, but it became my true passion when I had joined Pilot. Even though my official job title at that time was an office manager, I’ve also been working as a barista in connection with our community efforts. The world of coffee is pretty extensive. 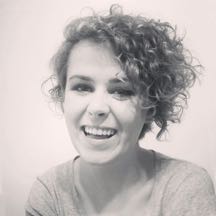 I’ve always loved coffee, but it became my true passion when I had joined Pilot. Even though my official job title at that time was an office manager, I’ve also been working as a barista in connection with our community efforts.

The world of coffee is pretty extensive. Through training and experimentation with various types of beans, brewing methods, and equipment, my enthusiasm turned into expertise. But these explorations made me wonder about the other side of this coin, too. While interacting with the people I served coffee to, I’ve been reflecting on how this majestic beverage affected our mood and thinking at work. So, here are the benefits coffee can bring in—regardless of your startup having a dedicated office space or not.

It’s one of the most popular perks of working at a startup. It’s also the reason why people often work late nights or super early mornings—when maintaining your concentration is often difficult.

Everybody knows what caffeine does to us, but they rarely dig deeper to understand why. This psychoactive stimulant activates the central nervous system, which then turns on certain parts of the human brain. In 2005, scientists at Innsbruck Medical University investigated what those parts were. Thanks to their research, we know these specific areas are responsible for planning, monitoring, attention, and concentration. Even though we also know the impact caffeine has on those, the evidence of how long the effects last is inconclusive.

By activating the right parts in our brains, coffee strengthens both our self-control and willpower. That’s what makes us tick when we’re exhausted or unfocused.

Creativity is one of the most valued skills nowadays. That’s especially true at startups setting out to innovate. But creativity has its own limits, so it’s important to keep our brains energized. Luckily, a cup of coffee will help you fight off self-doubt and routine, which are the most common enemies to creative work.

By improving attention, caffeine also ameliorates the initiative which is the base of our commitment to work. Once we’ve started working, what usually comes right after the first—even the smallest—results is confidence.

On top of that, if you pause for coffee, there are alternative brewing methods for you to try. At Pilot, we use three: Aeropress, Chemex, and V60. I’ve found they’re the perfect way of breaking routines.

Finding product–market fit in startups takes money, hard work, and risk. And the constant need for improvements under unstable conditions can feel even riskier.

Fortunately for most people, coffee can significantly reduce stress levels.

Two independent publications proved this hypothesis. In 2012, Neuroscience Letters confirmed it first by describing how coffee interacts with serotonin and dopamine. These two hormones found in our brain control the level of stress our body can feel. 3 years later, Hypertension published the results of a similar research. They observed the difference in blood pressure under stressful conditions between regular coffee drinkers and those who don’t drink it. Turns out the pressure was much higher for people who had rarely taken caffeine in—and just the opposite for people who drank coffee on a daily basis.

Everybody at Pilot works remotely, but some of us do from our office. And every 3–4 months the entire team also meets there.

Guess where most of all conversations happen. It’s always at our coffee bar.

Whether you just want to socialize and bounce your ideas off somebody else, a cup of coffee is the perfect excuse for that. It’s also where everybody at the office starts their day off. And when somebody joins Pilot or the community, sharing our interest in coffee makes that person feel welcome.

Coffee strengthens our team and helps us make friends. What kind of benefits does coffee offer to you and your team?

How to choose international PEO?

You decided to expand internationally and make your first hires/payments through PEO. But, before signing the papers, there is still significant research to make and a question to ask: which PEO is best for you?

What benefits to offer your remote team?

When you have a full time employee you are quite stock with options on perks and benefits. But how do you tailor the best benefit package for your international contractors team? We listed few options that can work for you.

Can I give stock options to an international contractor?

Stock options are a great benefit which can unite team members in efforts to build and grow successful and lucrative company.

When does it make sense to open a local subsidiary?

Opening a local subsidiary is expensive and demanding, yet some companies decide to do it after all — here are three most common reasons why.